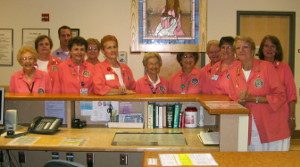 Advance the interests of the hospital and its patients by performing services to the Miners’ Colfax Medical Center (MCMC) and cooperate with the hospital Board of Trustees. Activities of the Auxiliary shall be carried out by Volunteers who contribute their services to MCMC for the convenience of its operations.

The MCMC Auxiliary currently has 60 active volunteers, (both men and women) who pay their annual membership dues and support the hospital by donating a minimum of 50 hours per year to the service programs of the Auxiliary.

Customary duties are those required of members operating the Thrift Shop, The Gift Shop and Snack Bar and working with other departments of the hospital as requested.

Tray favors are furnished to patients and residents of the acute and long-term care facilities by our Project Committee.

The Auxiliary raises money to purchase equipment for the hospital and to give out two scholarships each year to persons planning to enter medical or health-related field.

In 1971 the Auxiliary was born under the auspices of the Lutheran Society who later terminated and Southwest Presbyterian took over for the hospital. The first auxiliary president, Doris Hilt, was automatically a member of their hospital board. She served from 1971 to 1974. When the hospital was sold to the state in 1986, Rose Maddaleni was the auxiliary president. She instituted the auxiliary scholarship at that time.

The thrift shop opened its doors for business in 1973. It was ably managed by Jesse Arthur until 1979. From that day until 2004 it had the same co-managers and finance chairman – Alice Abshere, Mickey Butt, and Naida Munden – and all the volunteers who helped in the shop. In 2004 Donna Campbell and Mary Lamkin became managers and the shop moved to a new location. It is still going strong with many volunteers assisting in its operation. It averages $3,000 per month.

Legend has it that in the early days of inception the ladies were observed riding in the bed of a pickup gathering donated items reusable for sale. That was dedication and that is still within our Auxiliary staff. Over the years the thrift store has maintained the status as the profound fundraiser outside the hospital.

In the early days of volunteering, monies were raised from gum, candy, snacks and cigarette sales that were sold from a cart in the lobby of the hospital. Eventually cigarette sales were suspended due to federal smoking laws.

The summer of 1978 a corner of the hospital lobby was framed for a gift shop. Upon its completion shelves were stocked and the gift shop opened in time for the holiday season.

Several pieces of hospital equipment have been purchased by revenues generated by the Auxiliary. From their inception to the present they have contributed to equipment for the nursery, oncology clinic, ICU, laboratory, OR, and recliners for patient rooms. They have also provided funds for carpeting, furniture reupholstery, blinds, microwaves, computers, cash registers, and new furniture including upkeep of these items.

MCMC is grateful for the dedication, effort, and contributions of our Auxiliary members. 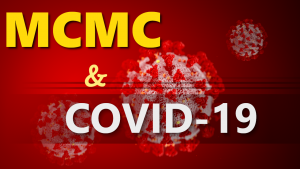 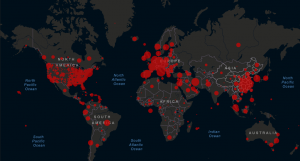 This practice serves all patients regardless of inability to pay.

Discounts for primary care services are offered based on family size and income.

For more information, ask at the front desk or click here to view our Financial Assistance Program page.